Should You Care about Public Wi-Fi at Events? 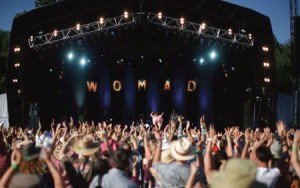 Providing Wi-Fi access to crew, traders, exhibitors and production teams at events is pretty much expected these days from the smallest to largest events, but providing access to attendees is only now becoming a hot topic.

Even just a couple of years ago the technical challenges of providing large scale Wi-Fi were great enough to make it financially unviable. Couple that with the fact there was no demand as no one had Wi-Fi devices and it’s easy to see why the idea was in the backwaters. This, however, is all changing very quickly.

Three years ago the number of Wi-Fi enabled mobile phones was around 3%, by the end of 2010 this is expected to be around 20%, and within another year or so it is expected to pass 30%. These figures represent all mobile phones, if you focus on certain groups such as  the 16-30 age group or the more affluent then the figure is much higher. Alongside this there has also been massive growth in other Wi-Fi enabled devices such as iPods, iPads, Nintendo DSs and Sony PSPs. Factor in the demographics of individuals who attend different types of events and you find that at many events over 50% of attendees could have a Wi-Fi enabled device at an event within a year or two.

Wi-Fi enabled devices though are only part of the story. The other huge change is the growth in mobile Internet use. The smartphone growth driven by the likes of the iPhone and Blackberry is changing our use of the Internet at an incredible rate. In the US mobile data usage has already surpassed mobile voice traffic and the UK is expected to follow very shortly. More and more people now use the Internet primarily through a smartphone or ultra mobile device rather than a laptop or desktop computer and that trend is accelerating, with predictions of a 25x increase in mobile data volumes by 2012.

The Mobile Network Operators (MNOs) are well aware of this growth and it’s causing them great pain because their networks were not designed to deal with the volumes of data predicted and scaling the network infrastructure would be very costly. Evidence of these issues is commonplace at any larger event where the mobile networks struggle to deal with voice calls let alone data. Placing temporary mobile towers onsite can assist for voice calls but it barely scratches the surface when it comes to data. What’s changed more recently though is the approach, a couple of years ago the MNOs were scared of Wi-Fi as they thought it would impact their revenue streams and so resisted any move to integrate it as an alternative to 2.5G and 3G. That has now all changed, with MNOs positively encouraging people to use Wi-Fi whenever possible to reduce the data load on their networks.

This leaves event organisers in an interesting situation as with more and more users and more and more event related applications and content, attendees are getting increasingly frustrated at the poor mobile service at events. If you look at the reviews of many of the festival and event applications the common theme is complaints about them not working at the event itself. Realistically the only way to improve the situation is to deploy public Wi-Fi as extending mobile capacity to the levels required is generally not feasible. Even next generation 4G is looking unlikely to resolve the high density issue and 4G is many years away from becoming mainstream.

So should organisers deploy public Wi-Fi? Technically it is a lot more feasible than a few years ago and providing a good quality Internet connection to users will improve their online experience considerably which is especially important if you are promoting an iPhone or Android application for example. However, there is a much bigger play to this as mobile users are sharing information and commenting all the time through social media like Twitter, Facebook , Tumblr, email etc. By providing public Wi-Fi controlled by the event organiser this interactive element can be shaped and utilised, offering new opportunities for marketing, sponsorship and revenue streams. Rich content can be delivered directly to attendees, coupled with online purchasing and increasing the opportunity of developing a ‘sticky’ relationship. It even becomes a crowd management tool enabling organisers to send targeted messages to the attendees delivering everything from emergency messages to ‘secret’ rumours.

In the large scale pilots we have run the data gathered backs these trends with significant usage and very positive feedback. At the festivals this usage has been widespread across the arenas and campsites throughout the day (and most of the night! ) and represented somewhere in the region of 80%+ of the enabled devices. It’s not all just about Twitter and Facebook (although they are at the top, accounting for three quarters of a million hits at WOMAD this year), there is the practical side too – news, bus, train, coach, weather, car share information etc. all of which help to spread the load of information dissemination. Couple that with event applications and premium content and the bundle becomes very attractive.

There is no doubt the mobile revolution is well established and nowhere more so than at events, for event organisers there is an opportunity to grab this area and shape it to their benefit.