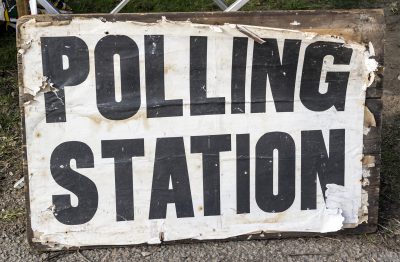 With a snap general election called and the current political landscape in flux I wouldn’t be prepared to make any predictions on the outcome but it is safe to say that come election day town halls, sports halls and conference centres across the country will be buzzing with activity. A stream of reporters, candidates and supporters will be desperately trying to send and receive information through every media channel available.

The demand for good connectivity at election counts and associated events has mushroomed over the last ten years. We were first involved in a general election in 2010, providing services for the first televised leader debates, events which demonstrated the power and reach of Twitter in politics for the first time. Since then things have moved on with 140-character messages supplemented by live video services in the form of Periscope and Facebook Live.

Come June 8th social media channels will be pumping vast amounts of data around the UK and beyond, the difference this time is that with such short notice it will be all too easy for venues to get caught out and provide frustratingly inadequate connectivity.

For anyone tasked with running an event, be it a count, press and media centre, or political party gathering it is critical to act now and ensure you have the right communications infrastructure in place. For anything above the smallest of gatherings relying on data connections from normal mobile phone operators is a risky strategy as they are not designed to deal with the surge in demand and load at a media-centric event.

Some venues may well have an element of existing Wi-Fi infrastructure but does it have the capacity in terms of ability to support an increased number of users? Does it have the internet backhaul to support the high data volumes and video streams which today’s press and media demand? These aspects can be assessed quickly and used to drive requirements which may include additional Wi-Fi capacity and associated internet access.

Other ‘pop-up’ locations may have no existing service and require a full temporary provision. The trickiest part of this is normally the internet backhaul, which with short notice may have to be provided by satellite (not as expensive as people tend to think) or a wireless link from another location.

It is sometimes possible to provision additional ADSL and FTTC (BT Infinity) internet services at quite short notice depending on the location but these services need to be booked as soon as possible. Fibre optic services take at least three months so new services are not feasible in this scenario, however, existing services may be capable of a ‘burst’, temporarily increasing speed for a short period.

With campaigning well under way smaller pop-up gatherings often also require some additional support which may be in the form of specialised 3G/4G bonding units which can provide localised Wi-Fi coverage whilst on the road in the campaign bus.

For larger events, especially those with a big broadcast media presence, there are additional challenges in the form of interference disrupting Wi-Fi due to people bringing their own Mi-Fi devices or other broadcasting equipment. These events need centralised spectrum management, or preferably a single central provider, to ensure everyone co-exists harmoniously when it comes to connectivity.

Even with the connectivity there are other factors – security being a key one. Understanding how to control and manage a network is essential to avoid any embarrassing information leaks. Additional phones may be required which can be deployed quickly using VoIP telephony rather than traditional copper lines. It may also be important to have some printing capability available.

In the modern social media driven political landscape, ensuring the connectivity & IT works flawlessly is just as important as the tables, chairs, tea, coffee, campaign bus and printed propaganda.