Etherlive has created a Preferred Partner Program to help venues and hotels offer better support for IT services related to meeting and events.

Etherlive’s Preferred Partner Program has been devised in response to its study carried out in July 2013. Over 100 major UK hotels and venues were researched, and the results point to a basic lack of understanding of broadband and potential ramifications of poor IT infrastructure at conferences, meetings and events.

Etherlive’s Preferred Partner Program has been designed to help in-house teams become fully conversant with today’s technological requirements for meetings and events. The endorsement will give corporates assurance that participating hotels and venues are up to speed and aware of their needs for video conferencing, delegates’ use of PDA’s, streaming media and the security of the network.

Overseen by business development manager Alan Jaramillo, Etherlive’s Preferred Partner Program offers venues a conference and event specific audit of bandwidth capabilities and security along with suggestions on how the venue can monetise the network through sponsorship opportunities.

Alan Jaramillo, business development manager at Etherlive, comments: “Our research showed an evident lack of understanding of Wi-Fi and bandwidth knowledge, and we have created an easy way for hotels and venues get up to speed with what clients require. Free Wi-Fi may be one thing but it is imperative that venues do not see this as sufficient, as all too often it just isn’t robust enough for today’s tech-reliant meetings.”

Juliet Price, executive director of the HBAA, comments: “Etherlive are helping to pave the way for hotels and venues to embrace technology and get au-fait with a new language and way of doing business. It is crucial that conference offices and agents alike are trained and fully in line with the emerging requirements of corporates.”

Etherlive, noted for designing IT infrastructures at many of the UK’s headline festivals and public events, has created a ‘Christmas Tech Checklist’ to help organisers of seasonal markets and attractions who are looking to maximise revenue streams.

With just over 100 days to go before many of the UK’s key landmarks roll out their consumer Christmas offerings, Etherlive is calling on organisers of seasonal fairs and markets to pay as much heed to the behind the scenes infrastructures as they do with their grottos and lighting.

Tom McInerney, Etherlive’s director, explains, “Ice rinks and Wonderlands are no longer just about seeing Santa: they are increasingly an opportunity for retailers to sell products at pop-up stores and for bars and food outlets to cater for the attendees. These are multi-million pound operations and need up be planned as such.”

–  Retailers all want to sell stock and therefore require a robust and secure payment method.  Cellular (GPRS) terminals rely on networks not becoming congested, so look at alternatives like hard wired or Wi-Fi models.

–  Understand the flow of the footfall using cameras to track movement and hotspots. In the short term, this can help alleviate congestion and in the longer term can aid site planning to maximise revenues.

–  Remember that this is family time: there will be a huge demand for social networking sites to post pictures and to ‘check in’.  As mobile systems may become overloaded, consider a branded Wi-Fi hotspot that can also allow data capture.

–  Educate stall holders and suppliers on QR codes and how they can maximise their revenues through long term engagement with their audience.

–  Consider cashless. Wristbands can be preloaded with money or topped up on site and are widely used at music festivals.  Most significantly, their use of RFID technology means that they can also be used to securely monitor juniors in what is potentially the highlight of their year.

– Consider security: would CCTV cameras mean evidence collection for local police forces should they need it? This could mean security personnel can cover a wider area.

As part of its engagement programme with industry leaders, Etherlive will support the Association’s keynote event, which draws together over 350 conference sector specialists and carries the theme ‘Made to Measure’ for this year’s talks and sessions.

Etherlive has enjoyed a long relationship with the HBAA and has conducted studies on event planners’ use and understanding of conference related technologies at key events within the Association’s calendar.

Tom McInerney, director of Etherlive, said: “We see the HBAA as the leading forum for venues and agencies and are delighted to lend our support as a sponsor. Technology is becoming increasingly critical within venues and at events; working with such a prominent forum helps our teams appreciate what really matters to those who work with events every day.”

Chris Parnham, Chair of the HBAA, said: “The HBAA’s Annual Forum is one of the most important dates within our calendar of events, and we’re delighted that such respected industry specialists will be joining us for the two days at Twickenham Stadium and lending their support to help ensure we enjoy another informative and diverse year.”

Having an Internet connection is an essential requirement for most events but many venues, especially greenfield sites, are in locations where a permanent Internet connection does not exist. This is often compounded with poor cellular coverage or limited capacity such that it will not operate effectively once the attendees arrive.

To overcome this Etherlive offer a range of Temporary Event Internet services – delivering temporary Internet connectivity to any location in the UK and overseas.

Our systems are customised to suit your event’s needs, offering a range of connectivity options and speeds including bonded-3G, Ka satellite, low contention ADSL and Annexe M services, right up to multi-Gigabit fibre connectivity. The connectivity can be delivered into the production compound or installed at a nearby location and then transmitted wirelessly onto the site. 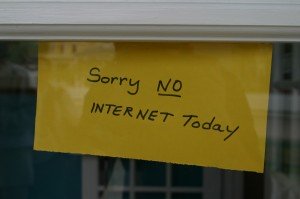 Etherlive have a dedicated provisioning team who have significant experience working with service providers such as BT Openreach, Colt and Virgin Media,  ensuring that services are installed on time and to the correct locations.

Once your event has temporary Internet, Etherlive provide a range of wired and wireless networking solutions to distribute and manage services. The core network can also be used for additional services including;

Call us now if you need any more information on how we can deliver temporary Internet for your event.

Direct copper phones are required by some events for emergency liaison teams but most other telephony can be provided using VoIP technology. When requiring traditional BT lines Etherlive’s provisioning team arrange orders, installation dates and work directly with BT Openreach ensuring everything is installed as required. 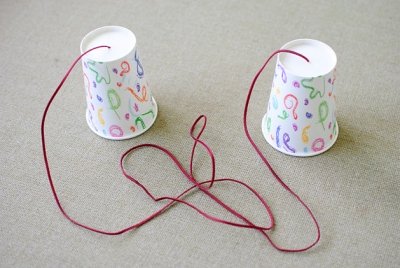 Temporary telephony has moved on

VoIP at its simplest is a phone service delivered over a network and is the way nearly all modern installations are completed. By providing service over the site network and the internet, phone call costs are very low rate (or free in the case of national calls) and because the handsets are powered from the network they can be quickly installed or added as a last minute requirement. Modern VoIP phones also come with advanced features including speakerphones, ring groups, hunt groups,voice mail and provide a wired internet connection for computers.

Wired VoIP phones are for those who wish to have a traditional desk or conference phone in a room or wish to assign a phone to a specific department. Handsets can also be fitted with headsets for those working on high call volume desks.

Wireless VoIP phones are based on the latest standards of business DECT technology and can therefore can roam throughout the event.  These handsets are splash proof and provide a good alternative for site & production managers who need to be on the move where the cellular network is not good enough to rely on a mobile phone.  The handsets communicate using the same system as the wired versions so internal calls are free and external calls are at a low rate.

For larger deployments a VoIP PBX (the modern equivalent to a telephone exchange in a small box) is installed onsite and can be linked between sites or to an existing office. This unit manages all calls, voicemail and Interactive Voice Response (IVR) features.

For more information please look at our VoIP page or contact us where we will be pleased to help you find the right solution for your event.

Satellite technology has developed significantly over the last 5 years. Pricing has come down, reliability has increased and more types of service have become available to the market.

Satellite Internet access is an excellent solution in remote locations where the event is too far from an ASDL connection or without reliable cellular (3G) coverage.

The equipment is robust, designed to operate outside for prolonged periods of time delivering  high speed broadband and can be set up quickly and easily.

Generally engineers require less than an hour to set the system up with the service requiring a clear view of the south sky and, if at ground level, a small cordoned off area to avoid anyone stepping in front of the dish and disrupting the signal.

Satellite Internet access is available throughout UK, Europe and the world, typically delivering speeds of up to 10 Mbps download. Etherlive installs its satellite systems with remote monitoring equipment to ensure any degradation in service or outage is immediately identified.

Call us now if you need more information on how Etherlive can connect your event. 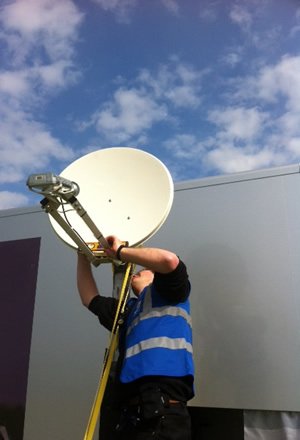 With police forces and local authorities adding CCTV requirements to most licences many event organisers find themselves exploring CCTV for the first time. This article covers some of the advantages of deploying CCTV systems as part of our service highlights series.

The primary advantages of deploying CCTV at your event can be grouped into three main areas:

The very presence of CCTV systems can act as a deterrent to would be criminals and trouble makers and allow:

A psychological advantage of CCTV systems is one of perceived safety.  Attendees feel safer at large events when they know that CCTV cameras are securing an area especially those with children or who are new to events. 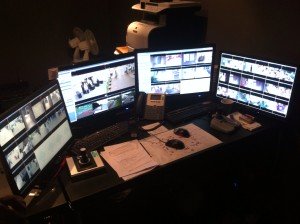 Contact our team now to find out how CCTV systems can give you the operational control and security your event requires.

Selecting a partner to provide networking services at your event is critical especially as more and more attendees rely on high quality connectivity to engage and interact. Our field teams regally work with in house IT teams to provide expertise and equipment. When agents and event organisers are surveying venues there are a few critical questions which should be asked:

1.    Does the in house IT team specialise in the events industry?
Being specialised will ensure their technicians are familiar with the events environment and the pressures that brings. It’s important that the IT partner appreciate how critical ensuring issues are dealt with quickly to keep the event moving.

2.    Does the in house IT team have the right equipment?
Equipment which is regally deployed in the field needs to be fit for purpose, from VOIP phones to WIFI PDQs everything needs to be configured in such a way it can be quickly deployed. Factoring in the British weather also adds an extra degree of excitement so using weatherproof hardware to deploy outdoor Wi-Fi Networks is of utmost importance.

3.    Does the in house IT team have experience?
This expertise need to be specific to the type of event that’s being run.  Whether it’s a festival, exhibition or a conference it’s important the partner you choose has the experience of the events sector, as each environment raises it’s own challenges and every organiser has different expectations.

To find out if we’re the right Event Technology company for you, get in touch