5G for Events – Behind the Hype 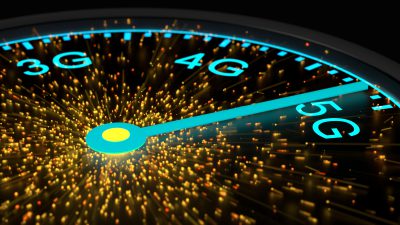 Pretty much every day I’m either asked or told about the way 5G is going to ‘change everything’. I’m currently sitting on a train on my way into Paddington and my 4G connection has dropped multiple times and when it is connected the speed varies from a trickle to occasional bursts that reflect the speeds I would expect on 4G. We all crave ubiquitous connectivity at a good speed but the reality is somewhat behind the hype.

I’m reading yet another article saying that 5G will deliver speeds in excess of 20Gbps and I’ll be able to download a HD movie in a few seconds. Ridiculous claims which accompany most technology launches – the claims for 4G were 1Gbps but the experience, in the best case, is at least a magnitude lower.

We have come a long way from GPRS when any data access was painfully slow but each technology step forward becomes more complex, more costly and delivers less of a step function change to the user. In reality when 5G is deployed into the world it will meet a mixture of technical and commercial challenges which will reduce the hype to more of a ‘4G evolution’ – it will be better, and that’s great, but not the revolution promised, at least not initially.

One of the problems is that 5G needs to operate across multiple frequencies. This is not a new technical challenge, the same type of approach is used for 3G and 4G networks, however, some of the frequencies required to make 5G work are much higher up in the spectrum, known as millimetre waves (mmwaves). These very high frequencies are where the headline speeds of 20Gbps come from, but there is a problem – these very high frequencies require line of sight to the mobile device and are heavily impacted by rain, trees, buildings, etc. Millimetre waves also have a low range so the deployment of the infrastructure is complex and requires many more antennas (base stations or cell towers) than the lower frequencies of today. It’s also worth noting that new handsets will be required to use these new frequencies so there will be a long period where many devices will not have the required circuitry inside to make use of the higher speeds.

If you consider that today a good example of 4G may deliver 10-50Mbps depending on various factors, it is expected that 5G may reach 100-200Mbps in similar circumstances – that’s a good increase but it isn’t 20Gbps, and it certainly will not be available widely, not in the short to medium term. As for remote locations they will be stuck on the lower frequencies which will restrict what can be offered.

As with Wi-Fi the connection speed is only half the problem, the backhaul internet connection is just as important and to support many users all expecting 5G speeds of 100Mbps requires a massive upgrade to the supporting fibre and wireless backhaul networks. Ignoring the significant cost implications of all this the practicalities of deploying the infrastructure is going to take time and it is expected that it will be at least 2022 before we see any serious progress on 5G.

So what does this mean for events?

The first thing to note is that on mobile devices over 60% of data traffic is carried over Wi-Fi networks rather than the mobile networks and that figure has grown, not shrunk, over the last few years. With mobile operators still recovering the cost of a 4G infrastructure, now faced with an even more expensive 5G infrastructure, the data plans are not going to get any cheaper so the cost conscious consumer will still hunt out Wi-Fi wherever possible.

Although a 5G speed of 200Mbps sounds great a good Wi-Fi network today can deliver speeds well over 200Mbps and already approved Wi-Fi standards go much further (The existing 802.11ac standard goes up to 3.45Gbps) so for the really serious data users Wi-Fi will remain the primary choice. It’s not a case of 5G versus Wi-Fi, both will co-exist – they are designed differently for different purposes – but in the event space Wi-Fi will be continue to be a pre-requisite for many years yet.

As with 4G the initial deployments of 5G will be focused on cities with a high density of users, less dense areas will be some way off and of course the countryside fields used for many outdoor events will be no better served than they are today as commercially it makes no sense unless a particular sponsor wants to put in temporary masts.

With the low range nature of the high frequency 5G spectrum what this does mean is that indoor venues such as conference centres could well be a target for early deployments given the business orientated footfall who are more likely to have handsets capable of using the 5G network. Another good example would be large stadiums but, in a similar way to Wi-Fi, in these locations the cost of infrastructure to support the density of users is significant so it will come down to who will pay.

Venue owners who want mobile coverage to be good in their venue but expect the mobile operators to pay have to consider that mobile operators can struggle to recoup the costs of a dedicated install as they generate no additional revenue from it. The use of shared infrastructure between mobile operators may help this but it doesn’t change the fact that someone has to pay.

Once 3G reached wide deployment then it became a viable option for using it to provide the backhaul internet connection in some circumstances with Wi-Fi as the access medium. 4G continued that trend and 5G will go further but limitations still apply. 5G is a shared medium so overall performance will depend on other users unless dedicated bandwidth is offered (something that is hard to do on 4G), so in an event environment as the number of attendees goes up the performance goes down.

With 4G operators have been reluctant to offer dedicated bandwidth over their infrastructure, something that would be fantastic for events. Perhaps this will change with 5G but even then, with the price of dedicated fibre circuits continuing to fall, shared services such as FTTP (Fibre To The Premise) now becoming available and improving Wireless Internet Service Provider (WISP) offerings the pricing from the mobile operators would have to be very competitive.

Without any guaranteed bandwidth then 5G is no different to 4G which means that it is fine for general use but if the performance is critical then there are no guarantees. You would not want to risk your ticketing, payment systems, video streams and core control systems on a mobile network over which you have no control but for less critical services it may be an option.

Over time 5G will provide another option in the event toolbag as a step forward from 4G but its real benefit will be to the truly mobile individual user and then hopefully on a train journey into London I can get a consistent 20Mbps all the way, but I fear that ideal is still quite a few years away.